UK at the forefront of Safety Technology 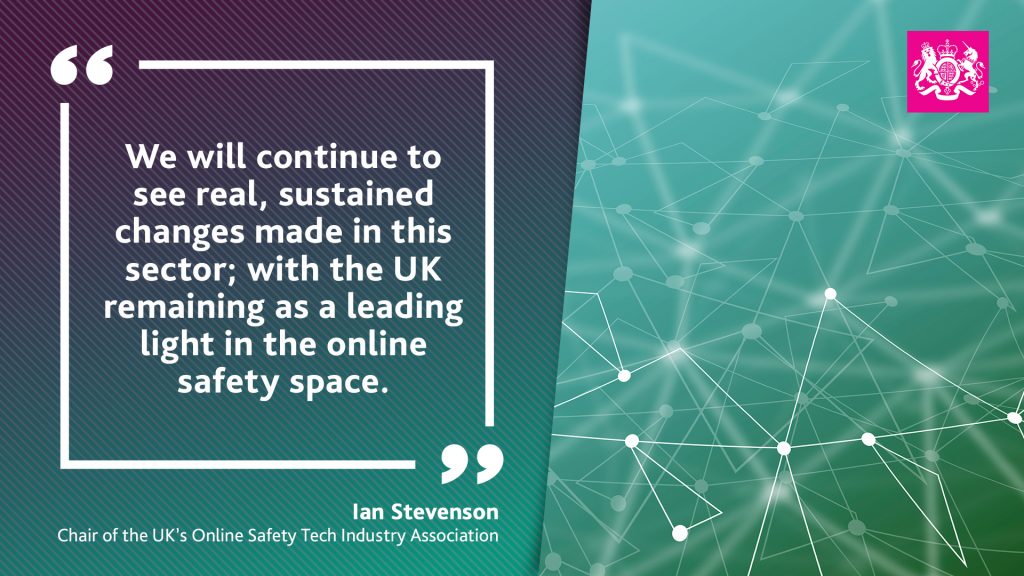 Yesterday, the government launched the Safer technology, safer users: The UK as a world leader in safety tech report. With more people than ever before spending time online during the pandemic, the report shows British safety tech companies are at the forefront of the global fight to keep them safe as they surf.

The businesses and organisations showcased in the report are an essential part of ensuring the UK continues to be a world leader in the international fight against illegal and harmful online content. The report included a case study about Cyan Forensics, which looks at our technology, contracts with the UK Home Office and National Centre for Missing and Exploited Children in the United States, alongside the growth that we are spearheading in the Scottish online safety space. The report also mentions other Online Safety Tech Industry Association (OSTIA) members, such as Qumodo, Crisp and SuperAwesome.

In the last five years, the sector has doubled in size and investment and has increased more than eightfold to a record 2019, with £51m raised across nineteen deals. Consisting of seventy innovative firms across regional hubs in Edinburgh (where Cyan Forensics is based), Cambridge, Leeds and London, the sector also includes long standing non-profits from the UK’s academic and charitable sectors which have been fighting for a safer internet for years, such as the Internet Watch Foundation (IWF) and NSPCC. This combination of industry and academia and NGCO/Charity makes the UK an innovator and world leader in this space. The IWF and NPSCC are trusted and respected globally.

The technology and services that these organisations provide are valuable to government and society. They help law enforcement and platforms to identify and stop some of the most serious illegal content such as child sexual exploitation and abuse (CSEA) and terrorist imagery and material. The technologies and services work to reduce the risk of users, including children, being exposed to harmful content, contact or conduct such as grooming, bullying, radicalisation and/or viewing self-harm material. They also help to tackle disinformation, and false or misleading narratives.

Safety Tech providers combine profit with purpose. Providers have been able to tap into the UK’s depths of expertise in fields such as artificial intelligence (AI), cyber security, RegTech and Tech for Good, and channel these into creating solutions that make a real difference to users online. Working in the sector is incredibly rewarding, with the businesses entirely set up to combat harms that could affect large swathes of society globally. Of the 70 companies in the report, half have an international presence and hold an estimated 25% of the global market share.

Ian Stevenson, Chair of OSTIA and CEO and co-founder at Cyan Forensics, adds:

“It is great to see the UK being a leading light in this sector and makes me proud to be at the forefront of this with both Cyan Forensics and OSTIA. This report comes at a vital time for online safety – important strides are certainly being made, but the challenge to keep internet users safe is broad and ongoing. Through showcasing the plethora of organisations that exist in the UK to combat online safety, the report has demonstrated the differences being made in this sphere.

With resources such as today’s report and continued collaboration between specialist companies, industry organisations and the Government, we will continue to see real, sustained changes made in this sector.”

Further £1.5m of funding secured to deliver the next stage of growth